So with rumors abound that the former Tecumseh DUR station might still be standing, I headed to the suburbs with John and Mike to see what we might be able to uncover. 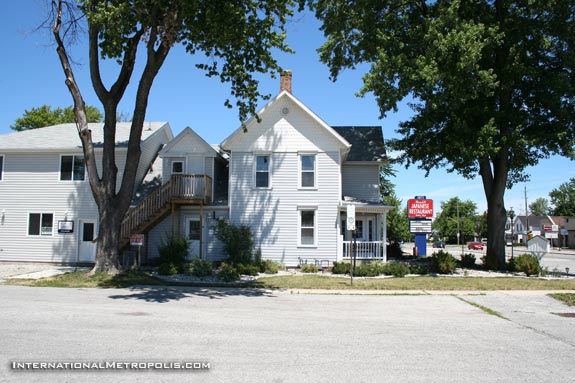 This Victorian house on Lesperance is visible in the old postcard view posted two weeks ago. 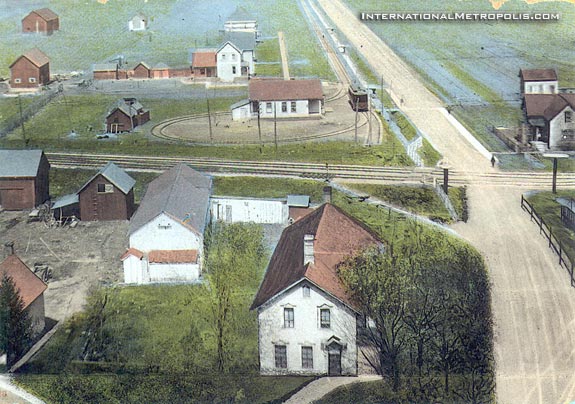 Just north of the station you can see the home. The streetcar tracks ran along the side of the road, and did a loop at the station. 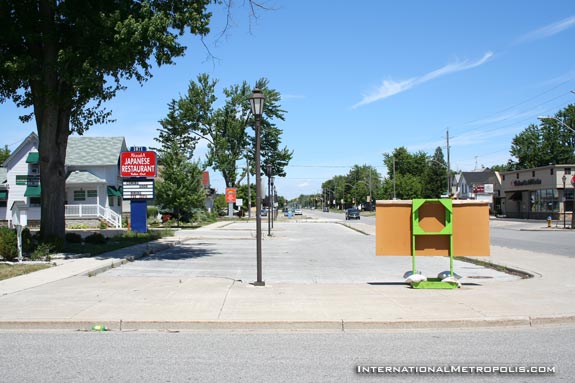 Evidence of the former streetcar right of way is still clearly visible today, with the massive set backs from the road.

We ran into a long time local who informed us that the family that grew up in the house was still living near by, and that we should talk to them about the station. He remembered it being used as a house, however he remembered the Laforet family living in it at the original site. That site is today a parking lot for a former Shoppers drug mart. We were beginning to think that the station was long gone.

At the locals suggestion we went and talked to the original family about the former station. They told us, that yes it was still standing, and that it was moved out to Maidstone. They added that we would never recognize it.

So off we went to solve this mystery…

Looking very different, added on to and bricked over, we found it right were the family told us we would find it.

A quick chat with the current resident confirmed that the house was indeed the former station.

We left him with a copy of the historic photo, and took a few photos of the building in it’s current state. 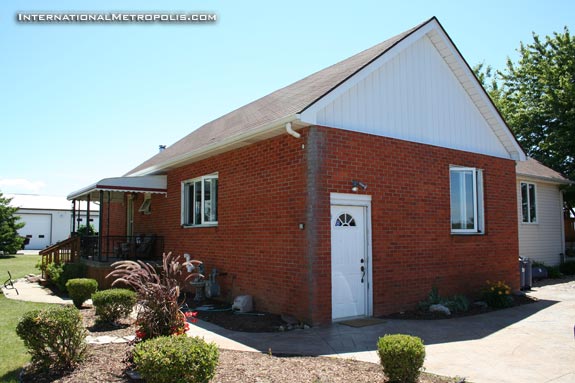