Back when the CN passenger station was on the waterfront at the foot of Goyeau, there were a bunch of hotels to serve them. Wherever there were railroad stations there were hotels. Some examples still exist in the city today, most notably the Crown Inn building on Devonshire in Walkerville, home to Taloola today, and the Southwood Hotel on Wellington, near the old MCRR Station. 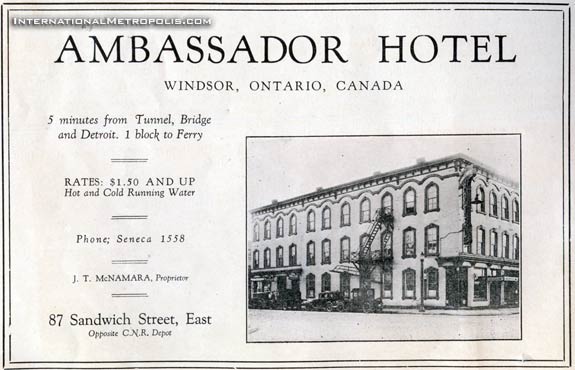 Downtown there were a pair on Goyeau, with the Ambassador at the south west corner of Riverside & Goyeau, as seen in the ad above from 1930. 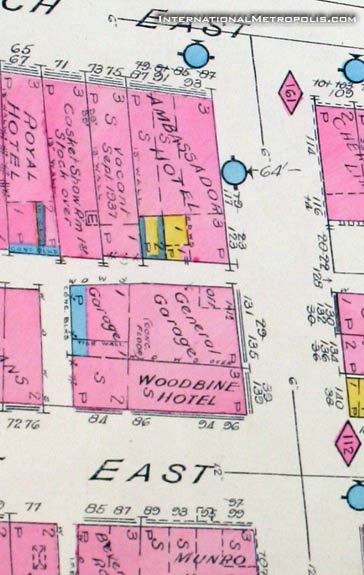 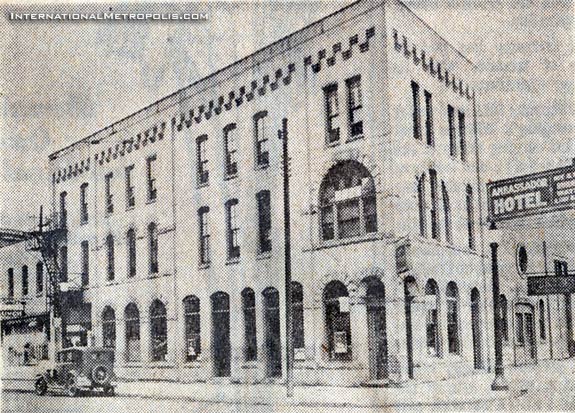 Behind the Ambassador, on the north west corner of Pitt and Goyeau was the Woodbine Hotel, in the photo above seen in 1929.

I’m not sure when that block fell, but I’m guessing that it was around the time this monster went up. Sometime in the 1980’s I’m guessing?

Anyone have any recollection of either place?