Today’s post is a little different, today we take a trip across the ocean to visit one of Windsor’s Twin Cities.

Since 1963, Windsor has been twinned with the City of Saint-Etienne in France. Oddly enough as further proof of what a small world it is, I have family living in Saint-Etienne, and my wife and I paid a visit in 2006. 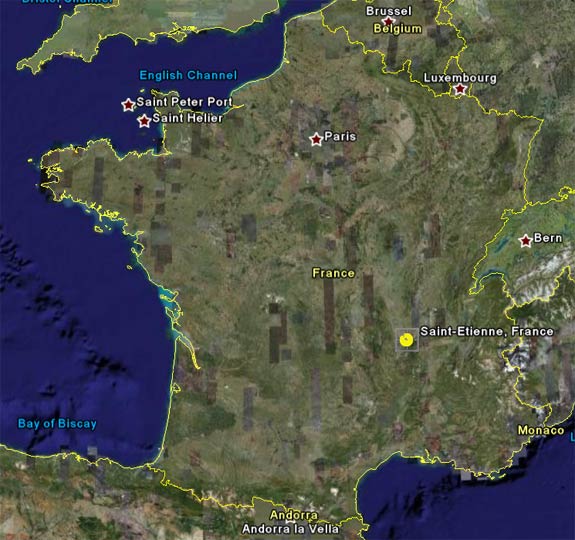 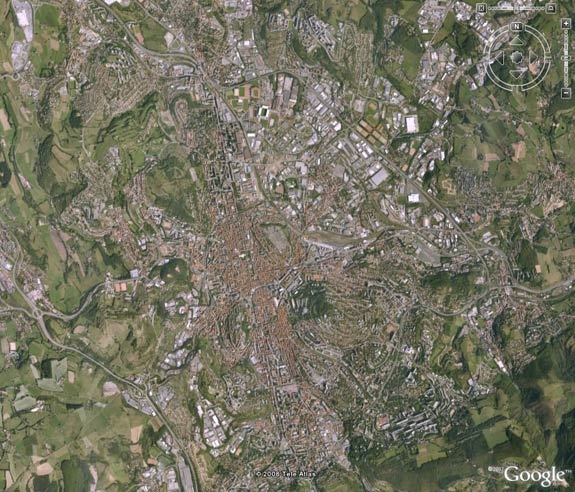 The City is located 60 km s.w. of Lyon, the second biggest City in France (metropolitan population 1.7 million), and a fierce rival. They hate the Lyonaise like we hate Londoners or Torontonians 🙂

Much like Windsor, they faced a big slump in the 1970s-80s, as the primary employer in town, a massive coal mine, closed up shop. 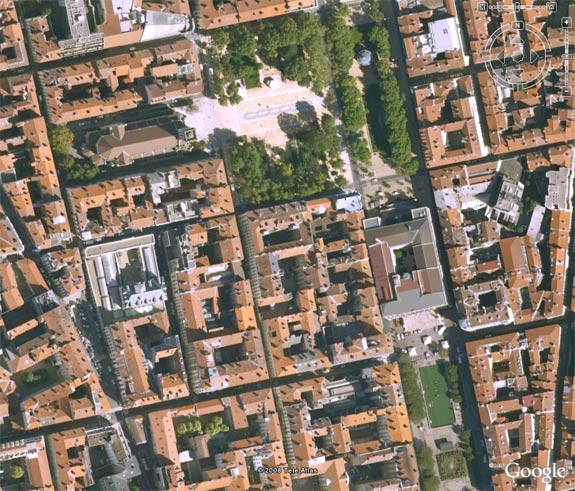 The Downtown area is very urban and compact. The cathedral looks over one of the large public squares. Two longer skinnier squares can be found both north and south of the city hall. 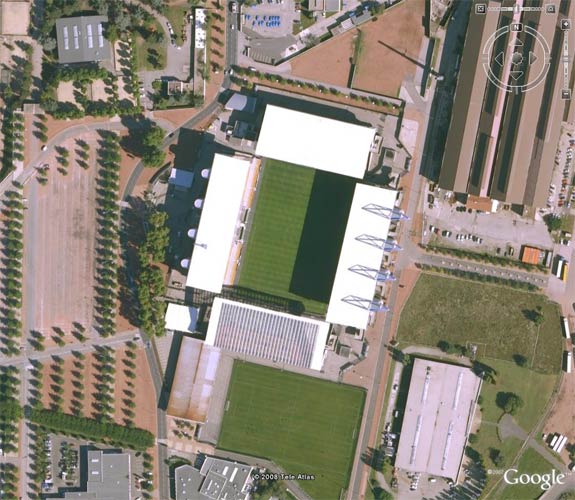 In the north end of the city is the football (soccer) stadium. Built in the 1930’s it was overhauled and was the site of several matches in the 1998 World Cup. More recently it hosted a couple of matches during the Rugby World Cup last fall. The local team Les Verts is in the top league, and there are some bitter games against perennial powerhouse Lyon. The Lyon team has won the league title every season from 2002-2007. They currently sit in first place again this year.

Today, we take a look around at some of the historic architecture in the downtown core. The core of St. Etienne (and most European cities) are well preserved, as a certain level of importance is placed on urban living. In fact it is the opposite of North America, where the rich (and well to do) live in the city, and the poorer citizens, and recent immigrants live outside of the city in the suburbs. 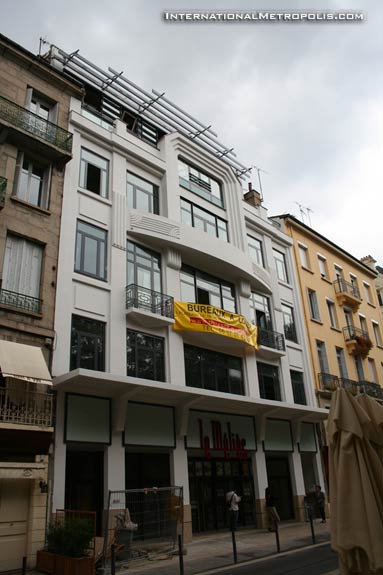 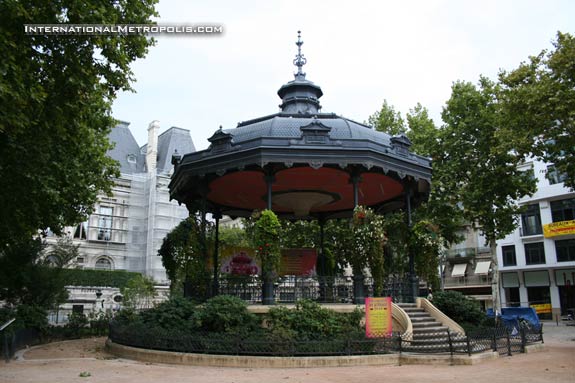 The band shell in the park near city hall. 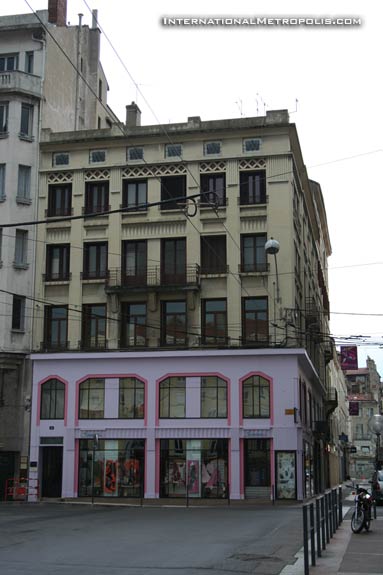 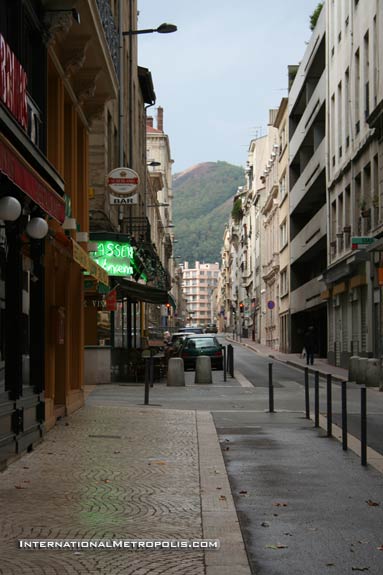 A look down a street towards one of the hills. That giant hill isn’t natural, it’s a giant slag heap made out of waste from the coal mines. There are two of them side by side, and they are affectionately referred to as “Les Mamelles” (the breasts). 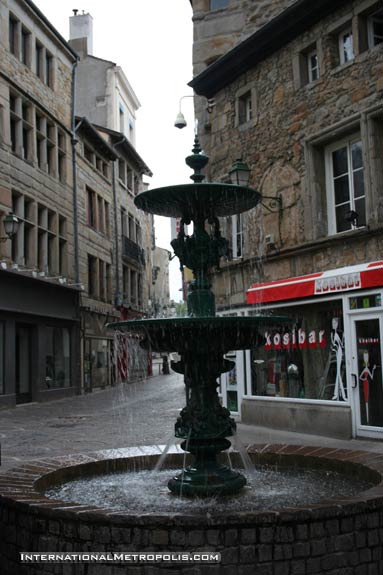 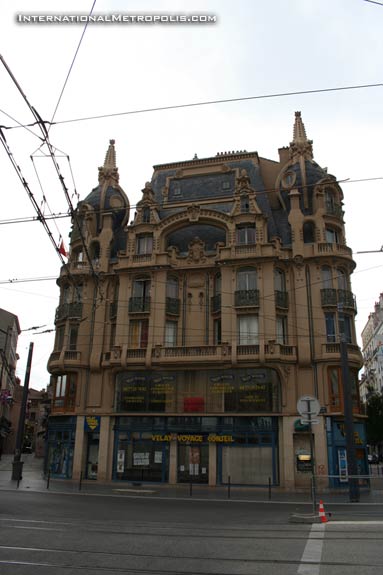 This is some kind of crazy ornate building along the main street. Note the wires and street car tracks. Saint-Etienne was one of only two cities in France that didn’t rip out their streetcar lines. They have recently added new lines to the streetcar system, and are one of the models in France for this method of Urban Transport. 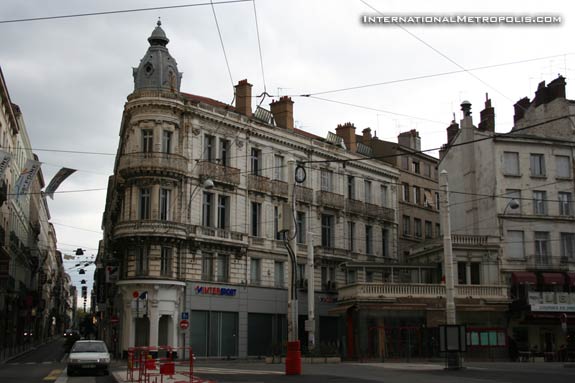 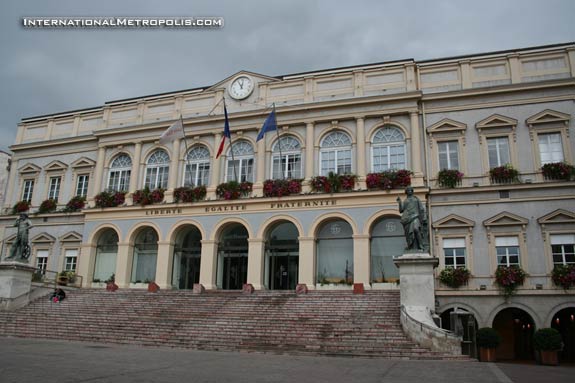 The building above is the City Hall. Until the 1950’s there was a giant dome on top of the building. The dome proved to have become structurally unsound, and was dismantled. Here in Windsor they would have demolished the entire building. 🙂