The most enduring item of the cold war division between East and West Berlin is the Berlin Wall. It was erected in 1961 as an “anti-fascist protection barrier”, and fell with the collapse of the GDR in 1989.

Today there are only three sections of the wall remaining. The most famous being the east side gallery, that is covered in paintings. Along with a section near Checkpoint Charlie at Potsdamer Platz & one at Bernauer StraÃŸe, that has been restored to its oroignal condition and preserved as a memorial. 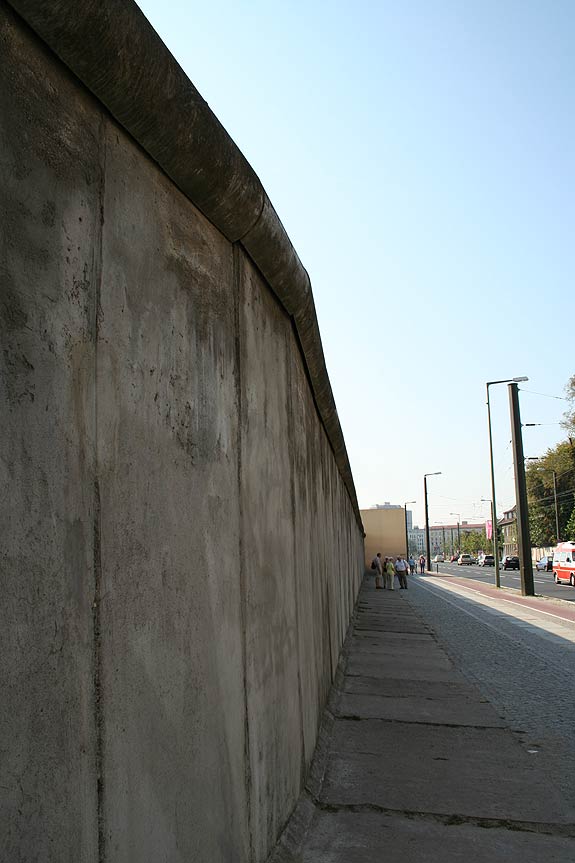 Looking at a restored section near Bernauer StraÃŸe at the Wall Memorial. 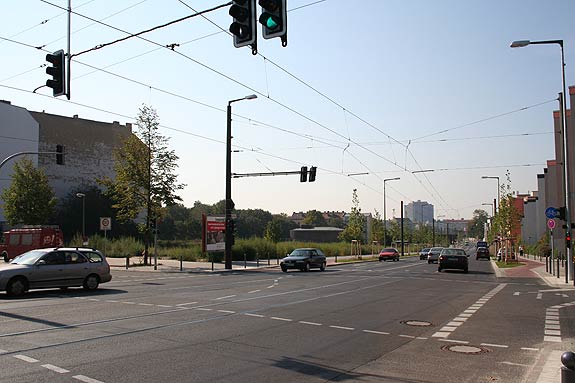 Just east of the memorial, a large tract of vacant land remains where the wall once stood.

A view from above of the Bernauer StraÃŸe Memorial. You can see how the wall was laid out, with the front and back sections, and a large no man’s land.

A view from above at the vacant land created once the wall was demolished. 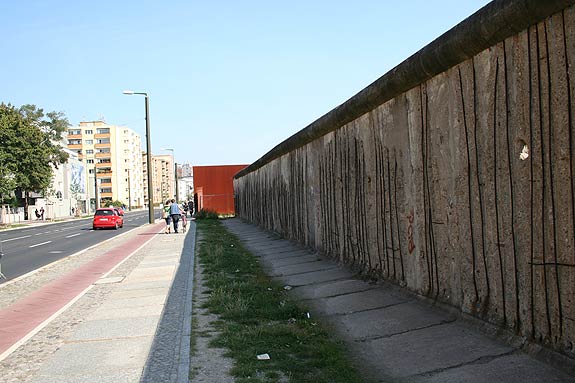 West of the memorial is another section of the wall, this one unrestored, showing the condition of the remaining sections as souvenir hunters attacked the wall in the immediate period following the collapse of the wall. Today it is illegal to chip off peices of the remianing wall.

Behind the memorial is a graveyard that was bisected by the wall. The back side of the wall that was seen by East Germans remains in the graveyard. 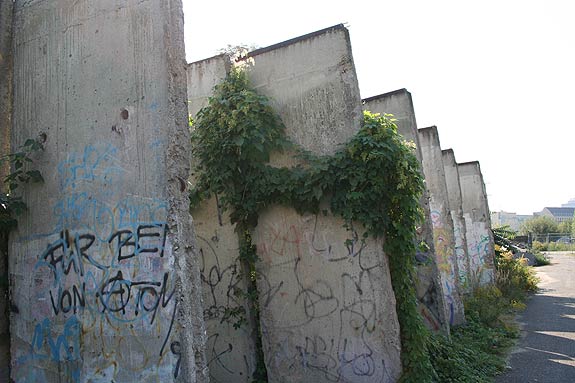 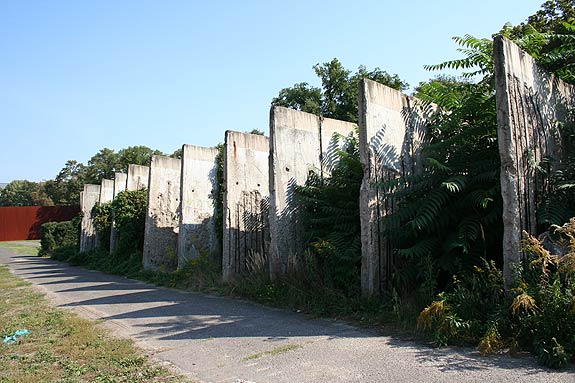 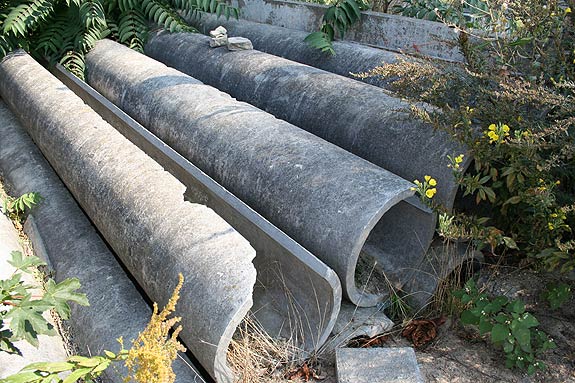 Nearby is a graveyard of the wall itself. As the wall was demolished, I guess the peices needed to go somewhere… 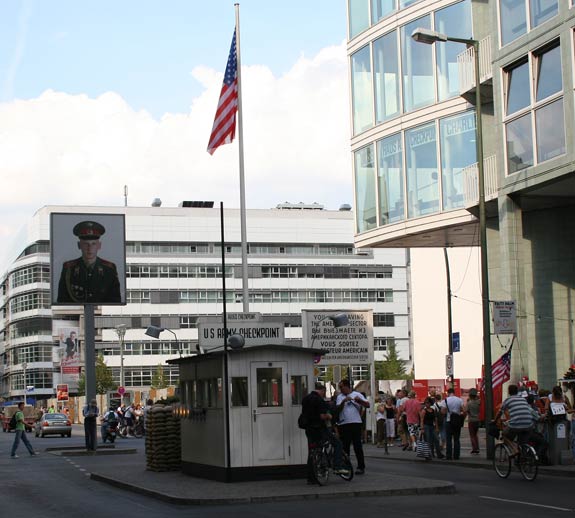 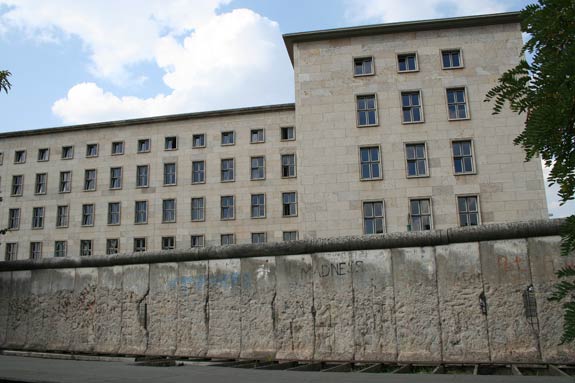 A section of the wall near Checkpoint Charlie. The building to the rear is one of the few Nazi building that survived WWII. It was built as The Reich Air Ministry building under the orders of Hermann GÃ¶ring in 1935-36. It was home to the original government of the newly formed GDR in 1949. Today it is used as the home of the German Finance Ministry. More information about the building can be found here @ Wikipedia.