Another project to add to the Windsor that could have been… Instead it’s just added to the list of Unbuilt Windsor projects. The 18 story Merloray Building, announced February 13, 1929. I suspect the great crash of 1929 helped kill this project… 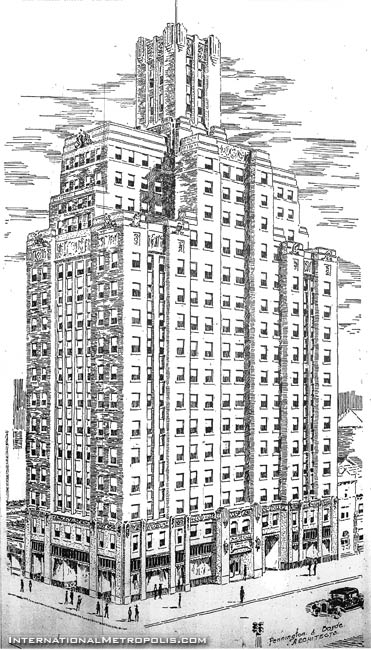 THE MERLORAY BUILDING – TO BE FINEST AND LARGEST WEST OF TORONTO

The above sketch, prepared by Messrs. Pennington & Boyde, the well known Windsor Architects, shows the skyscraper that Messrs. Louis A. Merlo and John H. Ray, propose to erect at the northeast corner of Ouellette and London streets. The structure is estimated to cost more than a million dollars and will be the tallest office building in Ontario, west of Toronto.

Including the tower section it will be 18 stories in height. The top of the tower will be 310 feet above the sidewalk. The 60 feet of Ouellette avenue frontage which forms part of the site was purchased by the Messrs. Merlo and Ray recently at a cost of approximatley $300,000 or averaging $5,000 a foot, the highest figure, it is said, that has been paid for Ouellette frontage to date. 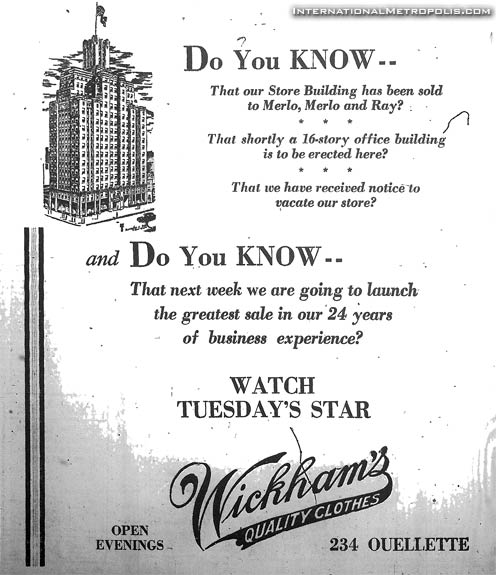 This ad from one of the tenants along the Ouellette avenue frontage quickly followed. They relocated the store and stayed in business for many years. Ironically in 1940, they built a new store on the site of the store they were evicted from for the Merloray project, and ended up back in the same location. That store still stands, and was last home to a fur company. 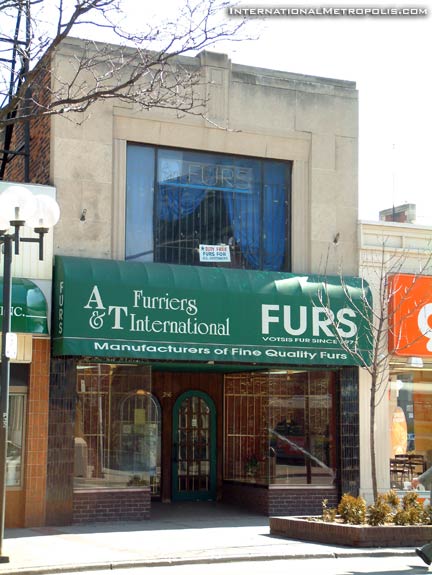 The store built by Wickham’s on the site of their previous store in 1940.