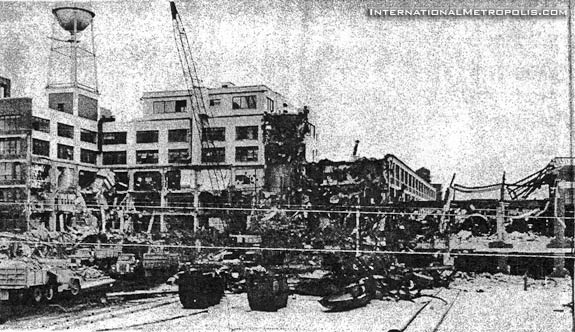 The Walls Tumble Down – No this isn’t a Second World War photo of bombed out Berlin or Coventry. It’s the demolition of Ford of Canada’s old Plant 1 complex on Riverside Dr. E. Six old plant building are coming down under the wrecker’s hammer. Star photographer Walter Jackson took this photo of the destruction as the demolition project went into its third week. The job will take about two months.